Are Electric Cars Good for the Environment?

Electric cars are gaining popularity in Ireland, which is mainly attributed to the eco-friendly that they offer. It is estimated that conventional fossil fuel-powered transportation contributes up to 20% of the total greenhouse emissions in Ireland. This is a significant figure and reducing carbon emissions that originate from transportation is an important part of a more sustainable and environmentally friendly way of life. In this post, we will be taking a closer look at electric cars and why exactly they are good for the environment:

Ireland has made the introduction of more EVs a key point in the Climate Action Plan and aims to have at least 936 thousand EVs on the road by 2030. The Irish government plans to introduce several measures to promote the use of electric vehicles, leading up to the phasing out of conventional vehicles by 2030. To reach this goal more EV friendly infrastructure such as fast chargers, solar chargers and grants for the purchasing of EVs will be introduced.

Ireland is experiencing large growths in the sales of electric cars as more and more Irish drivers switch to EVs. 775 new EVs were registered in September 2021, which is a year-on-year increase of 110%. These figures clearly show that Ireland is steadily switching from fossil fuel-powered mobility to EVs, highlighting how electric cars are good for the environment.

The main difference between EVs and “normal cars” is that an electric vehicle is “fuelled” by electricity while internal combustion vehicles require fuels like petrol and diesel to operate. The combustion of these fuels generates emissions that cause global warming and damage the environment. Since EVs do not burn fuel, they do not emit any gasses and are much cleaner to operate, which shows that electric cars are good for the environment.

Another important difference between the two types of vehicles is how they are refuelled. In the case of internal combustion vehicles, refuelling means a trip to the local petrol station. Irish EV drivers can opt to stop at a recharging station where they can quickly recharge in a few minutes. The most convenient and cost-effective option, however, is recharging at home using a solar-powered EV charger. 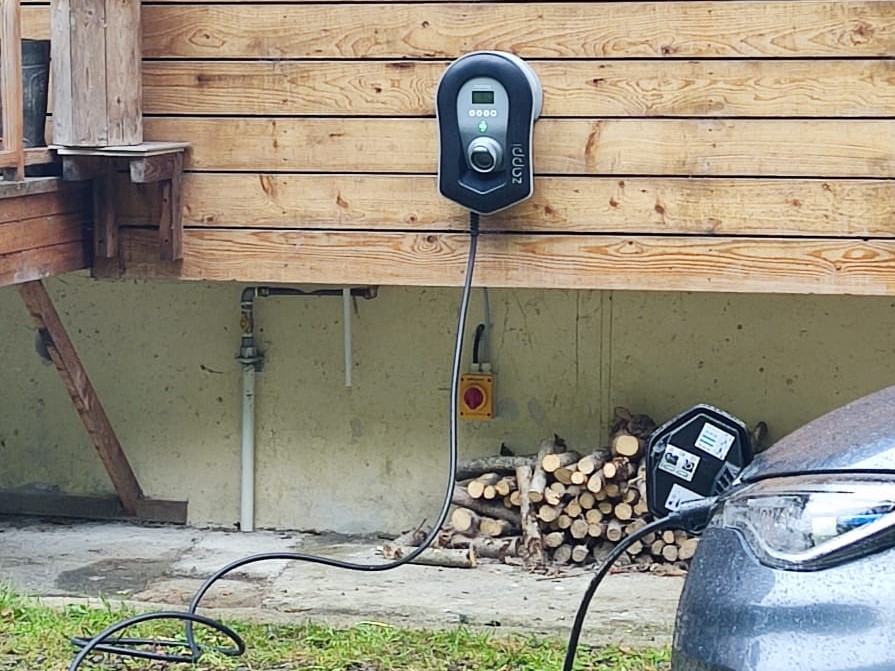 EVs can be recharged in several different ways. As mentioned above, one method of recharging an electric car is to visit a public charging point. Currently, there are over 1,350 public charge points across Ireland that are owned and operated by ESB.

Alternatively, you can hire a registered installer such as Wizer to conduct an EV Charger installation at your home. This method will allow you to charge your EV from the comfort of your own home and will cost you only €22 a month for an average user driving around 20,800km. Check out our previous blog post ‘Electric Car Charging at Home – An Overview’ for more information on having an EV charger installed at your home.

A big plus point of electric vehicles is the fact that no harmful and/or dangerous chemicals are required to recharge the vehicle. This is not only good for the environment, but it is also safer to handle, and it is non-toxic to humans or nature.

Electric vehicles go a long way towards reducing carbon emissions, but they are not (yet) carbon neutral. The majority of carbon emissions occur during the production of electric vehicles and not during the useful lifetime of the vehicle. It is estimated that an average electric car will emit around one million grams less carbon than an equivalent petrol or diesel car per year.

It is possible to reduce this figure even more by using electricity from renewable sources to charge electric vehicles. In general, EV charging points make use of electricity from the local electric grid to charge vehicles, which is often generated by burning fossil fuels. Power derived from renewable sources are a great way to further reduce the environmental impact that vehicles have on the environment. Solar vehicle chargers are easy to use and can significantly reduce the daily operating costs associated with electric vehicles.

In addition to this, charging an electric vehicle with a solar EV charger such as a zappi EV Charger reduces pressure on national electric grids and ensures that a vehicle can be charged during blackouts or other problems.

Electric motors are much less complicated than their internal combustion counterparts which means that they will often last longer. This means that electric cars are good for the environment. In addition to this, electric vehicles are purposely built with the environment in mind and many car manufacturers use recycled materials in the manufacturing process. The batteries found in EVs are also recyclable and can be re-used in new EVs which reduces the carbon emissions associated with EV production. Electric vehicles also have fewer moving parts and are simpler to maintain, resulting in lower maintenance costs.

As well as this, EV technology has come a long way since the first models rolled off production lines. Modern electric vehicles are much more efficient than their predecessors and the average EV can travel around 250 km on a single charge.

How can EV Technology have a Bigger Impact on Environmental Protection & Sustainability? 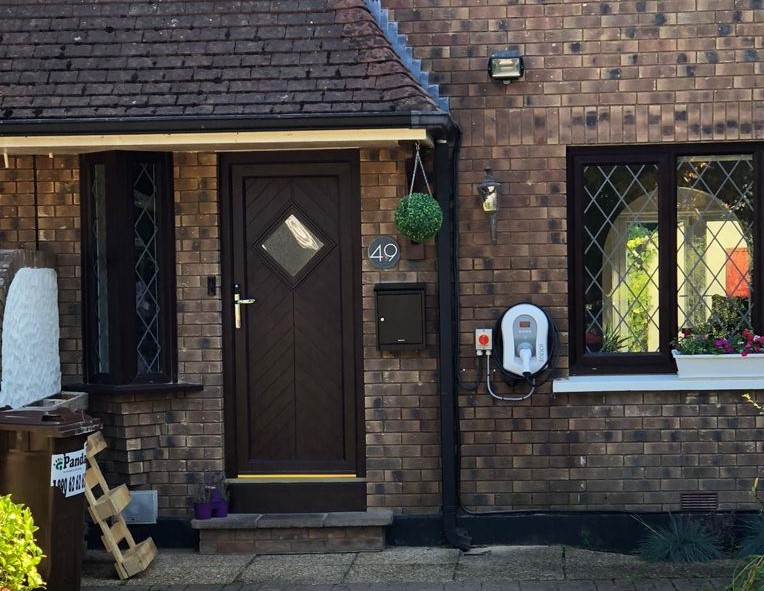 EV technology is one of the best weapons in our environmental protection arsenal, but it can be a great deal more effective when it is combined with other sustainable technologies. The first obstacle to getting more EVs on the road is creating better infrastructure to support the use of electric vehicles.

Solar panels and solar EV chargers are very versatile and offer the perfect solution to further increasing the sustainability of EVs. Solar EV chargers can be installed in a variety of locations, and they can be used in both commercial and residential applications. By combining an electric vehicle with a solar-powered EV charger, you can enjoy the benefits of lower operational costs and do more to protect the environment while charging your car in the comfort of your garage. Commercial PV systems can also be used to generate electricity to charge EVs.

Is There A Grant For Electric Cars?

A maximum grant of €5,000 is available from the SEAI for qualifying new electric vehicles when purchased privately, and up to €600 towards the purchase and installation of an electric vehicle home charger unit. This is a clear indication of where the future of Irish transportation is headed.

Conclusion - Are Electric Cars Good for the Environment?

Electric vehicles offer a sustainable solution to motoring and make it possible for Irish drivers to enjoy mobility without damaging the environment. Although there is still some way to go before EVs can completely replace internal combustion vehicles, Ireland is well on its way to electric mobility.

Are you ready to charge your EV at home? Contact Wizer Energy today for expert advice and professional home EV chargers and solar panel system installations nationwide, including Cork, Waterford, Dublin, and Limerick. 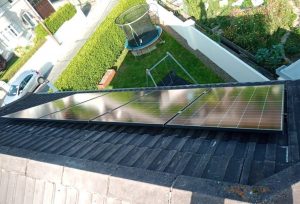 Top Tips to Save Money on Your Electric Bill in 2022

What are some top tips to save money on your electric bill in 2022? As electricity costs are increasing here in Ireland, it is becoming

Are Electric Cars Good for the Environment?

Electric cars are gaining popularity in Ireland, which is mainly attributed to the eco-friendly that they offer. It is estimated that conventional fossil fuel-powered transportation 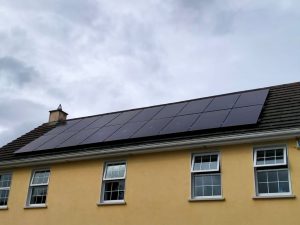 Are Solar Panels Effective in the Winter?

With energy prices increasing and the threat of global warming on the rise, many Irish households have been looking into more cost-effective and sustainable energy 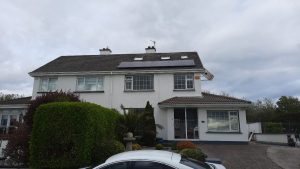 How Much do Solar Panels Cost?

Many of us will as, “how much do solar panels cost” and wonder if they are a good investment in a country with a climate like Ireland? Solar panels have become

Many people wonder whether solar panels are worth it in Ireland, a country where days can be grey and rainy. The short answer, however, is YES,

‘Save up to 50% by Charging your Car at Home’. Electric cars are being hailed as the future of mobility, and are a much more sustainable alternative to vehicles